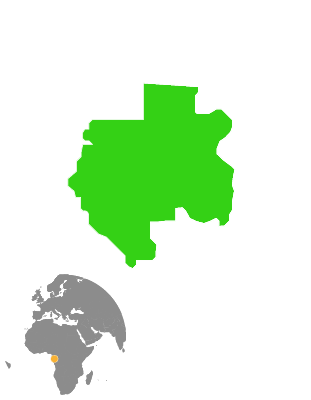 Gabon has made efforts to address illegal logging, a significant problem the country has struggled with for decades. In 2001, Gabon passed a Forest Law that calls for good governance and the sustainable management of forests. Forests are also a key component of the 2005 Gabon Growth and Poverty Reduction Strategy and of the 2012 Strategic Plan on ‘Rising Gabon’ (in French, Plan stratégique Gabon émergent).

A Voluntary Partnership Agreement (VPA) is a legally binding trade agreement between the EU and a timber-exporting country outside the EU. A VPA aims to ensure that all timber and timber products destined for the EU market from a partner country comply with the laws of that country.

Besides promoting trade in legal timber, VPAs address the causes of illegality by improving forest governance. A major strength of VPAs is that they look beyond trade to consider development and environmental issues.

Stakeholders in Government, the private sector and civil society develop VPAs through participatory processes. A VPA is therefore a vehicle for addressing the needs of different stakeholders and for including many people who have never before had a voice in decision making.

VPAs are a key component of the EU Forest Law Enforcement, Governance and Trade (FLEGT) Action Plan of 2003. Gabon is one of several tropical countries that are negotiating VPAs with the EU.

Key elements of a VPA

Key elements of a VPA are described in its main text and annexes. In countries where VPAs have already been signed, these include:

Status of the Gabon-EU VPA negotiations

Forests make an important contribution to Gabon’s economy, and provide jobs and livelihoods for people in the country. Gabon exports 90% of its timber production, mainly to China, India and Europe. Illegal logging, driven by trade, is one of several deforestation drivers. Following a ban on the export of logs in 2010, the timber processing industry has developed significantly.

Gabon and the EU began negotiating a VPA in September 2010. Awareness raising, consultation sessions and forest sector assessments helped stakeholders identify forest governance challenges and build the legality definition. The EU and Gabon have had initial discussions on the legislation and indicators to include in the VPA legality definition and the basis on which to build a timber legality assurance system. However, progress has been slow and there has been no negotiation session since 2011. Nevertheless, in November 2019, in a letter to the EU, the Forest Ministry expressed his intention to relaunch the negotiations. The VPA process has enabled stakeholders to come together and engage in the forest law reform process.

Civil society in Gabon participates in the VPA process through a dedicated national platform. All the participating non-governmental organisations (NGOs) have mandates relating to the environment. A few organisations of indigenous peoples have also joined the platform.

A focal point coordinates the platform, runs a permanent secretariat and participates in every step of the VPA negotiations. A platform protocol sets out procedures for information management, participation and membership.

The national platform has enabled civil society in Gabon to speak with one voice. Thus far, the platform has analysed the strengths and weaknesses of the legal framework governing the forest sector. The platform has also built the capacity of local authorities and NGOs across the country.