It’s hard to follow the law when the law doesn’t follow itself, and this has long been a challenge for the timber sector in Guyana. Inconsistencies in the legal framework there have made it difficult for businesses involved in harvesting and processing wood from Guyana’s forests to follow the law. It has also made it difficult for authorities to enforce it. But that all changed this year, when Guyana enacted much-needed reforms.

Forests cover 87% of Guyana’s land area, and they make an important contribution to the country’s economy, providing jobs and livelihoods. To improve forest governance and promote trade in legal timber products Guyana has negotiated a Voluntary Partnership Agreement (VPA) with the EU.

The parties expect the VPA will help to combat illegal logging and will boost legal trade by improving the application and enforcement of forest laws. Having initialled the VPA on 23 November 2018, the EU and Guyana are now preparing to sign, ratify and implement the agreement. But already, the deal has brought legal clarity, including by strengthening recognition of Amerindian rights.

Until the recent reforms, Guyana’s forest sector was bound in part by regulations that had been in force since 1953 — thirteen years before the country gained its independence from Britain. When Guyana adopted a new Forest Act in 2009, this created immediate disharmony between the new law and the colonial-era Regulations. The 2009 Act refers, for example, to large and small concessions, but those terms were absent from the Regulations. This made it difficult for operators to know which requirements applied to them.

“We were being fined by the Guyana Forestry Commission for breaches that were not under the Regulations,” says Deonarine ‘Ricky’ Ramsaroop, President of the Forest Products Association of Guyana. “It used to change overnight to suit the situation. In other words, they could move the goal post as they wished.”

During the VPA negotiations, it became clear that such discrepancies would hinder Guyana’s efforts to verify the legality of its timber products. Recognising this, the Government of Guyana launched a consultation on new Forest Regulations, which it then enacted in June 2018 after input from the private sector and civil society. Ramsaroop welcomes the reforms. He says they make it easier for businesses act legally while making the Guyana Forestry Commission more accountable and promoting sustainability in the forest sector.

The new regulations will also make it “much easier” for the Forestry Commission to execute its mandate under the Forests Act of 2009, says the Commission’s Corporate Secretary Jacy Archibald. 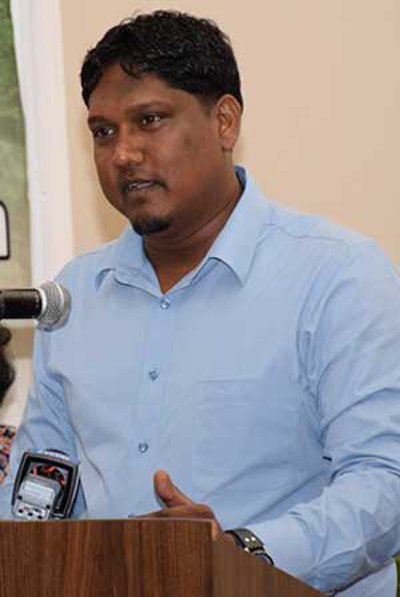 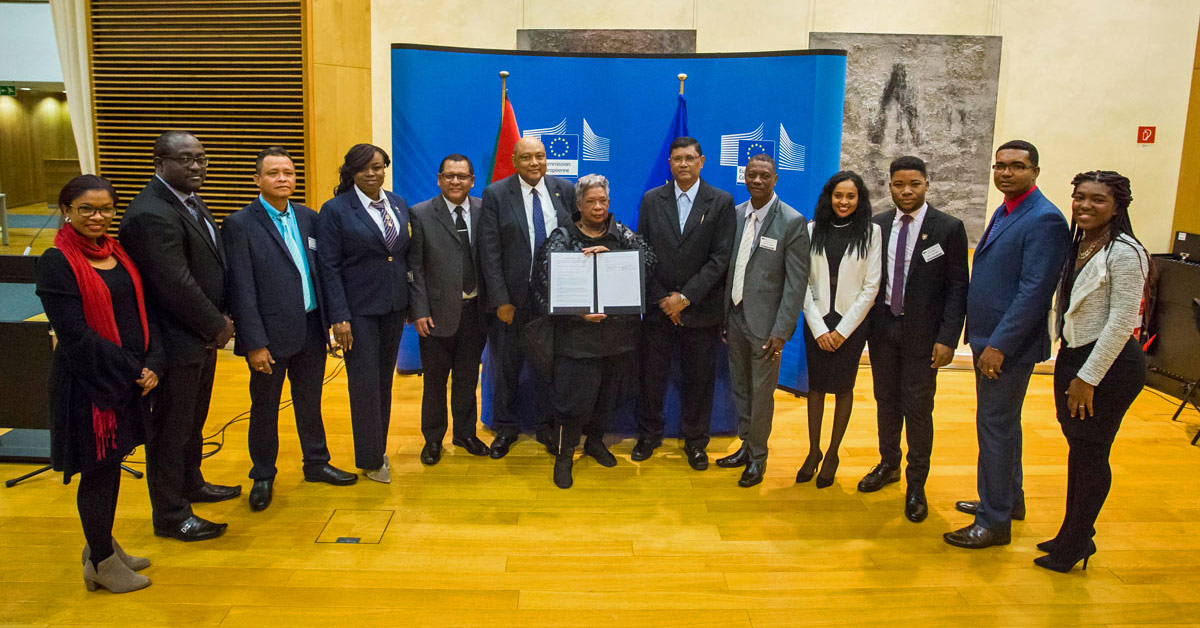 Commission’s Corporate Secretary, Jacy Archibald (in second place from left to right) with the Guyana delegation in Brussels.

In June 2018, Guyana also formalised a Code of Practice for Forests Operations by bringing it into the legal framework. “We were enforcing the code of practice previously, but this was done via contracts with concessionaires,” says Archibald. “In other words, these practices were ‘condition precedent’ to the said contractual agreements.”

“The current situation allows for a more robust system of monitoring, now that it’s a part of the law,” he says. “So we don’t need to negotiate or argue about the Code of Practice being included in the concession agreement. It all needs to be complied with since it is in the law.”

Ramsaroop says the now-compulsory Code of Practice helps logging companies “to harvest within our limits and to make our harvesting practice sustainable. It’s a good guide to keep our social impact in line according to the laws of Guyana and it helps us to access international markets.”

As well as clarifying legal and administrative requirements applicable to the forest sector, the VPA process has led to other governance gains. It has strengthened government institutions responsible for forestry, tax, customs, environment, labour and land use, and improved coordination between them. And, in a boost for transparency, the Guyana Forestry Commission now publishes information about allocation of logging concessions on its website.

This is just a start. As Guyana implements the VPA in the years ahead it will develop new systems and procedures for verifying the legality of its timber products. It will make information about the forest sector more easily available to ordinary citizens. And it will further help all those who depend on Guyana’s forests for making a living, and those whose job it is to protect the forests for generations to come, to have a say in decisions which affect Guyana as a whole.

“The VPA process has done wonders for Guyana,” says Ramsaroop, highlighting the recent legal reforms, institutional strengthening and reduced bureaucracy. “It brings the private sector, civil society and the regulators to one table and this is a remarkable achievement.”

“The VPA process has done wonders for Guyana. It brings the private sector, civil society and the regulators to one table and this is a remarkable achievement.””