You are here: Home1 / Liberia stories2 / Liberia’s forests: From bloodshed and crime to the rule of law

Liberia’s forests: From bloodshed and crime to the rule of law

Just over a decade ago, Liberia’s forest sector was synonymous with crime and conflict. President Charles Taylor had looted the country’s forests to fund two civil wars and further bloodshed across the border in Sierra Leone. Illegal logging was rife.

Even after Taylor fled the country in 2003, Liberia’s forest dependent communities watched helpless as the forests fell and their livelihoods were destroyed. Today, thanks to an EU initiative to halt illegal logging globally, hope shines through the foliage.

The shift began in 2006, when the government of President Ellen Johnson Sirleaf (later, a Nobel prize-winner) set out to break the cycle of destruction. The aim was to transform Liberia’s forest into an engine for sustainable development. The World Bank, the EU and the US came on board, providing millions of dollars to help Liberia create a conflict-free timber industry based on carefully crafted forestry laws. The United Nations lifted its three-year embargo on the sale of timber from Liberia. But by 2010, Liberian civil society organisations were ringing alarm bells. 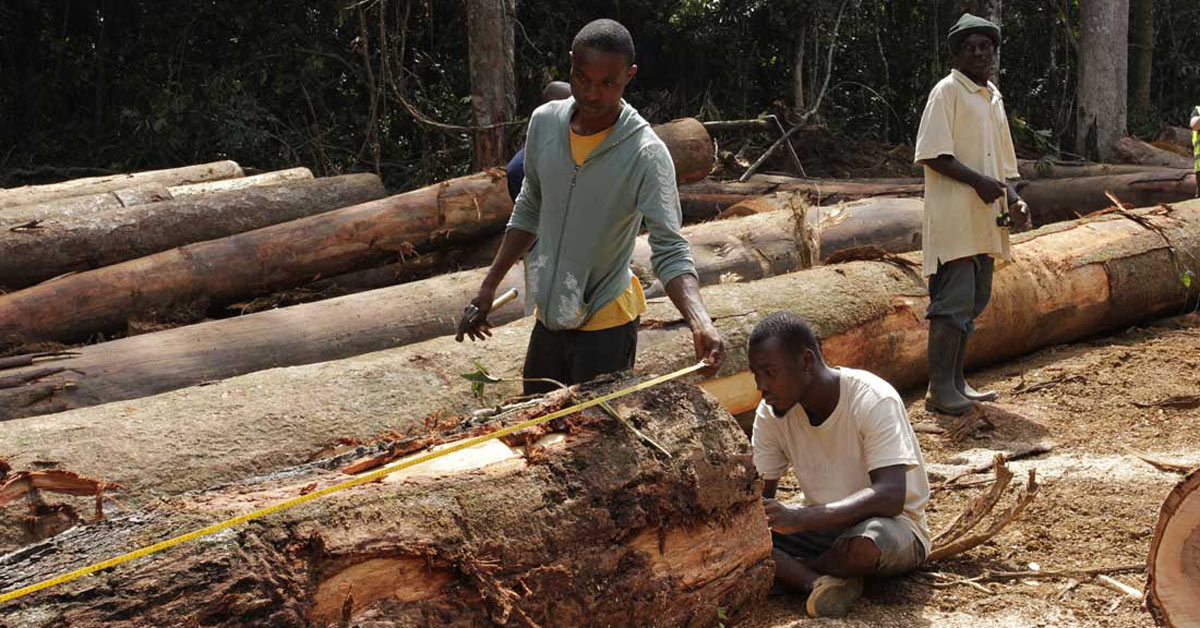 Workers at cross-cutting stage. LTTC forest concession, River Cess County, Liberia. After logs have been felled and skidded out of the forest, workers cut, scale and re-tag them.

The organisations were concerned about a steep increase in the government’s allocation of ‘private-use’ logging permits. These permits were designed to allow land-owners to cut trees on their own property, but big logging companies saw them as an opportunity to clear large areas of forest.

Compared with other permits, private-use permits have fewer sustainability restrictions and require loggers to pay lower fees to the government. It was a loophole that many companies were keen to exploit. By 2012, Liberia had allocated these permits to 40 percent of its forested land, an area half the size of Switzerland.

Civil society organisations argued that many of these permits appeared to be based upon forged documents and had been granted in dubious circumstances, without the informed consent of the communities that own the land.

At the time, Liberia was on the verge of ratifying a Voluntary Partnership Agreement (VPA) with the EU. Under the VPA, Liberia would commit to exporting only verified legal timber products.

Sustainable Development Institute (SDI) Liberia claimed that the private-use permits were a threat to the credibility of the VPA. The problem was substantial. The Liberian timber chain of custody system showed that nearly two-thirds of Liberia’s timber exports in 2012 came from such permits, and that after China, France was the leading importer of Liberian timber.

The VPA process gave Liberian civil society an opportunity to challenge the allocation of private-use permits and expose the issue internationally. In response, in 2012, Liberia placed a moratorium on the issuing of new permits and suspended the felling or export of logs under those it had already granted.

Liberia also investigated the alleged fraud. Several forestry officials are now standing trial for their roles in the affair. Never before in Liberia have forestry officials faced court proceedings for forest crimes. Nongovernmental organisations such as Social Entrepreneurs for Development, Save My Future Foundation (SAMFU) and Sustainable Development Institute all believe this would not have happened without the VPA negotiations.

“Liberians expect equal justice as the basis for a brighter future. It is critical that all government officials and logging companies that profit from breaking our laws are held to account.” 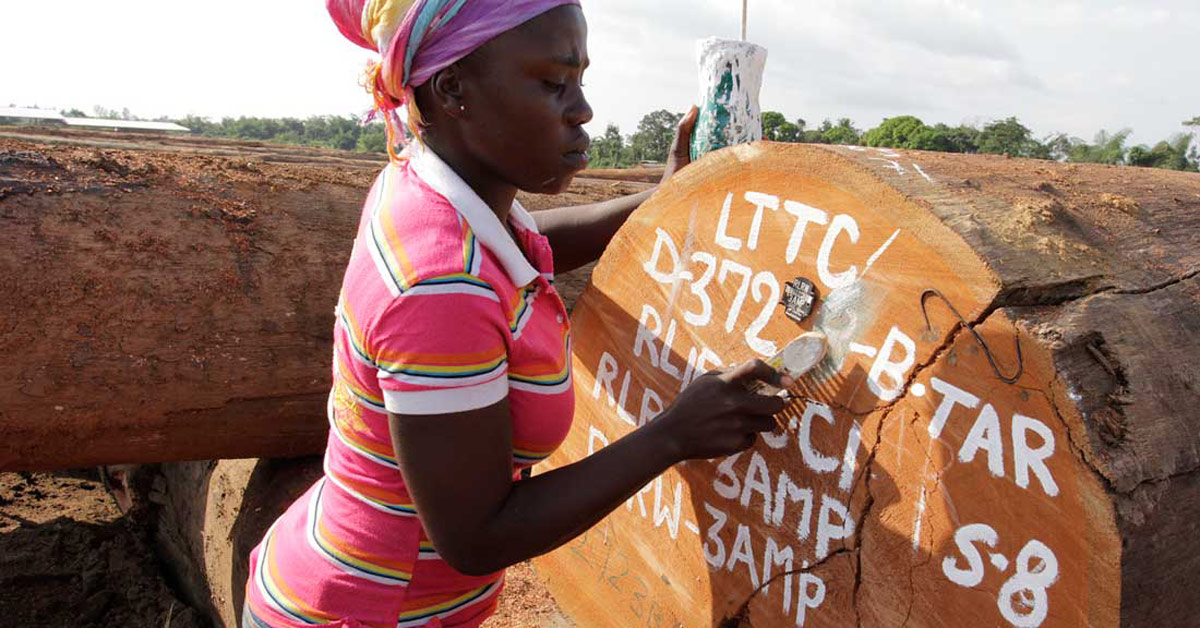 Fatu Joe, 24, works as a printer, painting numbers and letters in large white print so they can be easily read from afar.

“The Liberian government should be applauded for holding to account officials who have broken laws designed to protect the forests and the people who live in them,” said Andrew Tokpah of SAMFU. “Like many other resource-rich developing countries, Liberia’s laws are too frequently ignored, with great cost to its people and environment. These indictments should send a signal that such abuse will no longer be tolerated.”

“These are good first steps, but we still have work to do,” said Silas Siakor of Sustainable Development Institute. “Liberians expect equal justice as the basis for a brighter future. It is critical that all government officials and logging companies that profit from breaking our laws are held to account.”

VPAs are being implemented or negotiated in countries that provide 80 per cent of the EU’s tropical timber imports. If successes similar to Liberia’s can be achieved across these countries, the results could be truly revolutionary.