You are here: Home1 / Liberia stories2 / Justice in the forests of Liberia: communities get a share of forest i...

Justice in the forests of Liberia: communities get a share of forest income

A partnership between the EU and Liberia tackles illegal logging by improving forest governance.

Rivercess, the eighth largest county in Liberia, is a paradox. The area is rich with forests, fish, gold and promise, but its people are still desperately poor.

Local resident Matthew T. Walley is President of the National Union of Community Forest Development Committees. He understands better than most how the forests that cover nearly half of Liberia have brought suffering, not wealth, to the people who live in them.

Over the past century, corrupt leaders and warlords have overseen logging of huge areas, often kicking communities off their land. Now, thanks to the hard work of civil society and an EU action plan to end illegal logging, people are finally beginning to benefit from the land they depend on.

A couple of decades ago this would have been unthinkable. Liberia was engulfed in a nightmarish civil war, sustained largely by the sale of illegally logged timber. In 2003, the UN Security Council aimed to cut the flow of money by imposing sanctions on all timber exports. The sanction ended in 2006 when the Government of Liberia began to improve the forest sector with a new Forestry Reform Law. 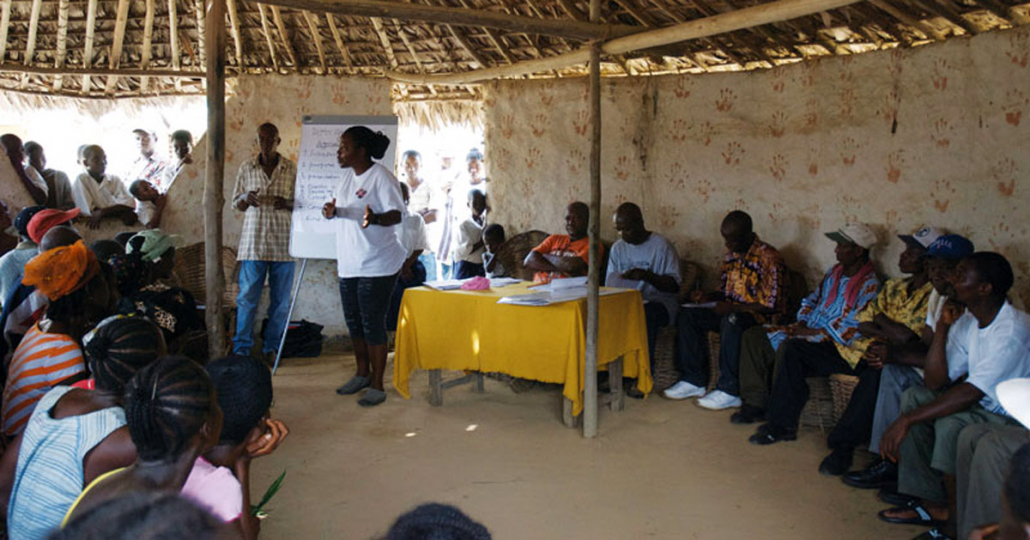 Community members in Rivercess. Discussing forest goverance at a meeting in 2012.

The law says the government should give forest communities 30% of the land rental fees that timber companies pay to log in state concessions. But even as recently as late 2013, Mr Walley had little confidence the communities would receive the agreed share.

“It’s difficult to get change in this country,” he explained then. “There’s a lot of obstacles. People are still fighting. Investors and people in high places [are] suppressing opportunities, so that forest benefits are not filtering down to the common man.”

Yet the problems have begun to lessen thanks in part to a Voluntary Partnership Agreement (VPA) between the EU and Liberia. Under the agreement, Liberia is developing a system to ensure that the timber products it exports are legally harvested, transported, processed and traded.

A seat at the table

The VPA, which entered into force in 2013, isn’t only about trade. It first fosters good governance. As a result, it has led to unprecedented participation by communities in decisions about forests.

Community representatives took part in the VPA negotiations and now participate in structures that oversee the agreement’s implementation alongside stakeholders from the EU, the Liberian government, civil society and the private sector.

“People are listening to us now, people are talking to us now,” says Walley. Of most importance to the communities were discussions around revival of a National Benefit Sharing Trust to share the land rental fees communities are owed.

“Given time and opportunity, we think the VPA can work,” said Walley. If it does, he said, “there’s a bright future for forestry in this country”.

The VPA provided an imperative for the government to listen. This is because timber from state concessions could be considered illegal if government fails to deliver the community share of land rental fees to the National Benefit Sharing Trust. 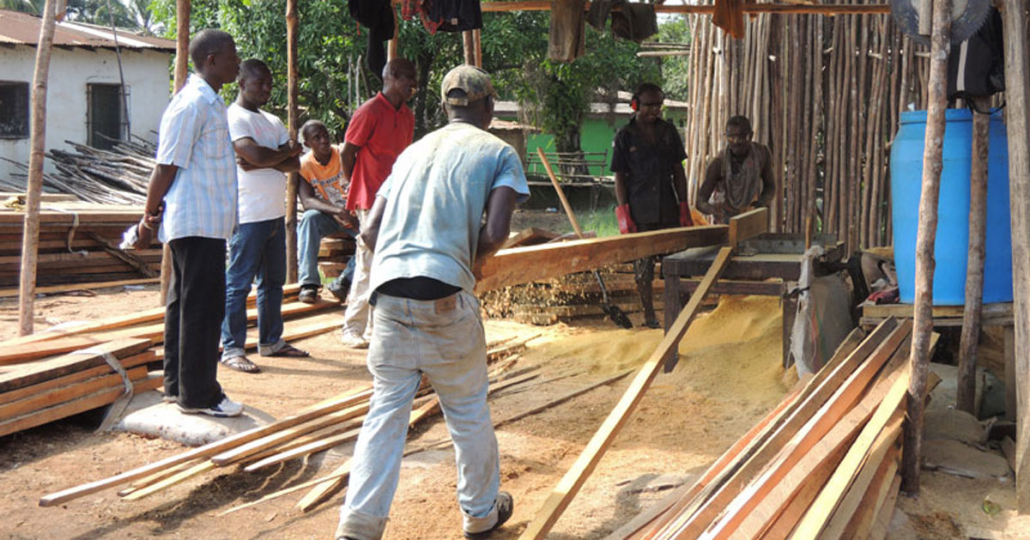 Timber is a mainstay of the Liberian economy.

Walley’s hope became reality in 2015 when the Government of Liberia paid US$1 million into the trust. This first transfer of Land Rental Fees to the trust is seen as an important success of the VPA.

But this is just one small step in terms of what Liberia and the EU hope to achieve – that Liberia’s timber exports are all legal and that Liberia’s forests benefit those who inhabit and depend on them.

There is still a long way to go, but the problems are being aired and solutions are being put in place.

The VPA is helping Liberia make a historic break with its past and ensure its forests fuel prosperity instead of conflict. Similar changes can be seen elsewhere – the EU has signed VPAs with five other timber producing countries and is in negotiations with nine more.

VPAs are just one aspect of the EU’s Forest Law Enforcement, Governance and Trade (FLEGT) Action Plan, which aims to ensure all timber traded with Europe is legal. But for people like Matthew T. Walley, it is much more than that.

“If you would just sit here and get time to look at the different changes that have come about in the forest of Liberia because of the VPA or the FLEGT process you would take near to three hours,” he says. “Because it brought justice, it brought transparency, it brought accountability and it brought… the spirit of wanting to talk to each other.”

“Although you say [the T in FLEGT is for] Trade, we in Liberia we say truth,” he says. “It means the truth will be told.”

“[The VPA with the EU] brought justice, it brought transparency, it brought accountability and it brought… the spirit of wanting to talk to each other.”