On 27 October 2022, representatives of Guyana and the European Union convened at a Pre-Joint Monitoring and Review Committee (Pre-JMRC) meeting, to review progress of the implementation of the Guyana-EU Voluntary Partnership Agreement (VPA) on Forest Law Enforcement, Governance and Trade (FLEGT). The Agreement will help improve forest governance and sustainable forestry and verify the trade in legal timber.

During the meeting, the Parties indicated they will endeavour to sign the Agreement before the end of 2022. The VPA will raise industry standards and living conditions of the sector. After Guyana and the EU sign and ratify the VPA, its commitments will become legally binding.

According to René Van Nes, Ambassador of the European Union to Guyana, “the VPA spearheads Guyana as a global pioneer of sustainable forest management”.

The signature and subsequent ratification will mark the end of a 10-year negotiation process. Guyana will thereupon join a selected group of African, American and Asian countries committed to the protection of their forests. Guyana will become the first VPA country in the Amazon region, and the second in the Americas, after Honduras; making it a frontrunner in sustainable forest management, adhering to the highest international standards.

The Honorable Minister of Natural Resources, Mr. Vickram Bharat, stated that “the Pre-JMRC meetings continue to highlight Guyana’s continued commitment to the VPA process and the broader initiatives to improve forest governance. He further stated that the VPA and the agreements reached are all part of the Government’s commitment under the Low Carbon Development Strategy 2030 aimed at promoting a green economy”.

The Parties agreed to focus their efforts on the further development and implementation of strengthened operational procedures for the sector, and a robust paper-based and digital traceability system of logs and timber that meets the VPA’s requirements. To ensure these priorities will be met in time, Guyana and the EU agreed on a detailed work plan.

The Parties also discussed how they will continue to engage with national and international stakeholders interested in VPA implementation. They committed to putting in place a range of tools to ensure that interested audiences can follow the developments and impacts of VPA implementation.

Representatives of the private sector and civil society, including indigenous peoples’ organisations, presented the issues they would like to bring to the table. Guyana and the EU also discussed next steps in the development of an approach to protect the traditional rights of Amerindian peoples.

Through the VPA’s implementation, Guyana will further strengthen the sustainable use of its forest resources, reduce illegal timber trade and better modernise timber operations, thereby ensuring that forestry brings green jobs in the formal economy. The VPA also includes commitments to improve transparency, accountability, legislative clarity and other aspects of governance.

Good governance of Guyana’s forests is crucial to sustainable development. Moreover, it helps both Guyana and the EU contribute to achieving the Sustainable Development Goals, including by mitigating climate change and protecting biodiversity.

The next meeting of the Joint Monitoring and Review Committee is scheduled to take place in May 2023. 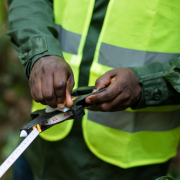 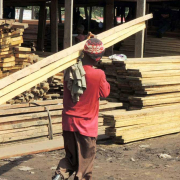 European Forest Institute Justice in the forests of Liberia: communities get a share of forest income 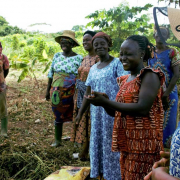 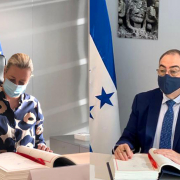 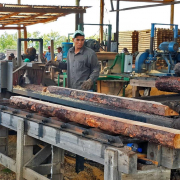 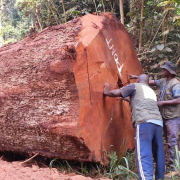