You are here: Home1 / Countries2 / Democratic Republic of the Congo3 / Background

Democratic Republic of the Congo

Learn more about the Democratic Republic of the Congo-EU VPA, which aims to address illegal logging, improve forest governance and promote trade in legal timber products. 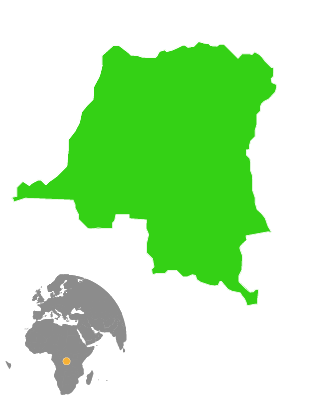 Democratic Republic of the Congo and the VPA

In October 2010, the Democratic Republic of the Congo (DRC) and the EU began negotiating a Voluntary Partnership Agreement (VPA) to promote trade in legal timber products and improve forest governance.

Through the VPA process, DRC is developing a timber legality assurance system, so that it can issue FLEGT licences to verified legal timber products, and is carrying out other legal and governance reforms.

After an informal suspension of the process in 2013, the FLEGT Technical Commission has made progress on core elements of the VPA since November 2016.

The DRC’s VPA multi-stakeholder platform takes decisions in a participatory way, and is positioned to play a key role in forest governance reform.

A Voluntary Partnership Agreement (VPA) is a legally binding trade agreement between the EU and a timber-exporting country outside the EU. A VPA aims to ensure that all timber and timber products destined for the EU market from a partner country comply with the laws of that country.
In addition to promoting trade in legal timber, VPAs address the causes of illegality by improving forest governance and law enforcement. A major strength of VPAs is that they look beyond trade to consider development and environmental issues.

Stakeholders in government, the private sector and civil society develop VPAs through a participatory process. A VPA is therefore a vehicle for addressing the needs of different stakeholders and for including many people who have never before had a voice in decision making.

VPAs are a key component of the EU Forest Law Enforcement, Governance and Trade (FLEGT) Action Plan of 2003. The Democratic Republic of the Congo is one of several tropical countries that are negotiating VPAs with the EU. Six more countries have ratified VPAs and are implementing the Agreements.

Key elements of a VPA

In countries where VPAs have already been signed, key elements include:

A VPA partner country that has implemented a timber legality assurance system and other VPA commitments can issue verified legal timber products with FLEGT licences. The advantage of this is that FLEGT-licensed products automatically meet the requirements of the EU Timber Regulation (EUTR), which prohibits EU operators from placing illegally harvested timber and timber products on the EU market.

The EUTR entered into force in 2013. It requires EU operators to perform due diligence checks to ensure the timber products they place on the EU market are legal. FLEGT-licensed timber meets the due diligence requirements under the EUTR.

While FLEGT licensing is an important goal, it is not the end point of a VPA process. Governance, legislative and policy reforms, impact monitoring, improvements to the timber legality assurance system and other activities both precede and follow licensing.

Through progress on VPAs, the implementation of the EUTR and dialogues with other important timber markets, including China, the EU and the VPA partner countries are contributing to a growing global movement to address trade in illegal timber and timber products. Australia, the United States and Japan also seek to restrict the placing of illegal timber on their markets. The process to achieve FLEGT licences may therefore help VPA partner countries such as the Democratic Republic of the Congo meet the legality requirements of markets beyond the EU.

The Democratic Republic of the Congo-EU VPA

The Democratic Republic of the Congo (DRC) and the EU are negotiating the terms of the VPA through a cooperative process: both parties share the goal of fostering good forest governance and addressing illegality.

The VPA negotiations began in October 2010. During DRC’s presidential election in 2011, both parties agreed to suspend negotiations for eight months. Negotiations then continued but subsequent Government reshuffling in late 2013 resulted in an informal suspension of the process.

During this hiatus, dynamism in the DRC’s REDD+ (reducing emissions from deforestation and forest degradation, plus the sustainable management of forests, conservation and the enhancement of forest carbon stocks) process brought continued progress towards FLEGT objectives.

The National REDD+ Framework Strategy and Investment Plan recognises improved forest governance and sustainable forest management as key pillars of REDD+ implementation. In the context of the Mai Ndombe Province Emission Reduction Program, the Government is testing a tailored legality approach and compliance standard for monitoring the activities of logging companies.

This approach could be scaled up to cover all companies operating in DRC, so as to directly inform forest policy developments as well as VPA negotiations. REDD+ support to the formalisation of artisanal logging and operationalisation of community forestry will also provide useful insights for the VPA negotiations. REDD+ work on joint independent monitoring and work on decentralising forest governance have also brought results important for FLEGT.

While political, security and economic stability remain elusive, the VPA process was re-energised from late 2016 to June 2017. Political uncertainty is limiting the scope of activities and longer-term planning, but the Technical Commission has updated its operating mandate and structure and dived into technical work on the legality definitions. Completed drafts of the legality definition for industrial forest concessions and other technical elements were produced during the first half of 2017.

In June 2017, the FLEGT Technical Commission held a FLEGT information day to consult on recent technical products with broader stakeholder groups.
And, as a representative, deliberative institution, the FLEGT Technical Commission is poised to play a central role in the development of the national Forest Policy and subsequent legal reform through the regional Central African Forest Initiative programme and others.

The Democratic Republic of the Congo (DRC) has made efforts to address illegal logging, a significant problem the country has struggled with for decades.

Under the VPA process, DRC will commit to developing a system for assuring the legality of its timber. As in all VPAs, the timber legality assurance system must have the following five components:

The level of stakeholder participation in the VPA process is unprecedented in DRC. Representatives from Government, civil society, the private sector and indigenous peoples actively participate in the negotiations. The VPA process has become a vehicle for addressing the needs of different stakeholders and for including many people who have never before had a voice in decision making.

The VPA process is strengthening the capacity of Government, private sector, civil society and indigenous peoples to work together to address illegality in DRC’s forest sector. Civil society platforms play a major role in raising issues beyond the timber trade, such as sustainable forest management and land use, and the need for independent observers.

VPAs signed to date include an annex that lists the information the Government of the timber-exporting country commits to making publicly available.

An independent observer has already been appointed to enhance transparency. Other observers drawn from civil society will provide further scrutiny.

The VPA process in DRC provides opportunities to clarify laws relating to the forest sector, to clarify what compliance with those laws and law enforcement entails, and to identify overlaps, gaps and contradictions in the current legal framework. For example, DRC has implemented measures to address the widespread misuse of artisanal permits, which had resulted in logging out large tracts of forest.